► Denise Fase Gets Grilled by God for Trying to Fit In

For years, Denise Fase (Grand Rapids 1998) was faithfully living out what she believed was God’s purpose for her life. Like many in ministry, she was comfortable burning the candle at both ends for the sake of the youth she ministered to and for a community that was underserved and in desperate need of help.

Raised in a small farm community with high standards and work ethics, Fase was conditioned to busy herself in “doing.” The Dutch farmer work model she was exposed to was closely tied to the plague of pleasing people. So much so, working hard was how emotions were managed in her family.

“You work your way through feelings, meaning, you don’t ever deal with your feelings, you just work and you avoid,” explained Fase, the oldest (and only girl) of four children. “Working 60 to 80 hours [a week] was a moment of pride. You had value if you did that.”

It’s no surprise that Fase carried the values from her upbringing over to working with youth and doing urban ministry. A camp administrator for 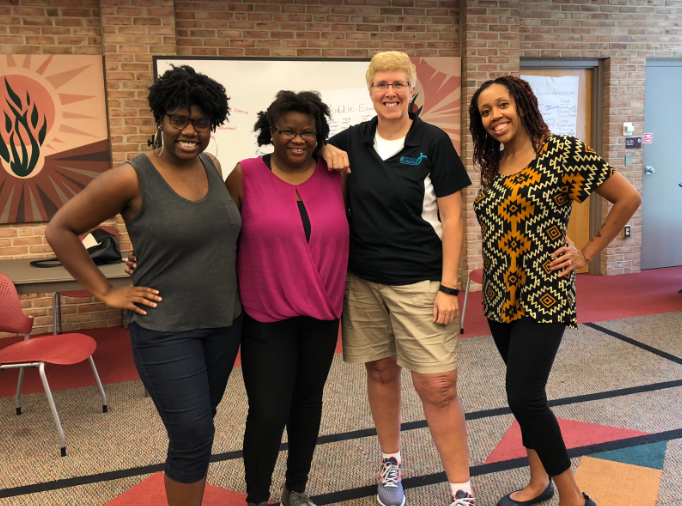 17 years and a public school alternative education teacher, Fase was good at almost everything, except saying “no.”

“I felt like a lone ranger, like I had to save the world—my white-savior-need-to-fix-things mentality,” Fase admits. This crisis in identity had her heading toward burnout as she struggled to balance working in isolation due to insecurities and being everyone’s “Ms. Fix It.”

Participating in the inaugural DeVos Urban Leadership Initiative cohort in 1998, Fase describes how “God totally reworked my story. He realigned my priorities and my identity, which was not to be a hero, a savior, or even a youth worker. It was far simpler. I am God’s child, and my role is to open doors for my brothers and sisters.”

As the DVULI training experience offered deep dives into self-assessment, more personal revelations would uncover her struggles with perfectionism and trust issues. Fase realized her propensity as a leader was to take everything on herself. This not only caused her and her team balance issues, but she admits it actually “stole an opportunity from someone else who was better equipped.”

“I was scared that I was beginning to expect everybody to operate the same way as me,” Fase reflects. “I was holding unfair expectations, which then began to change how I saw other people and how I even led other people.” 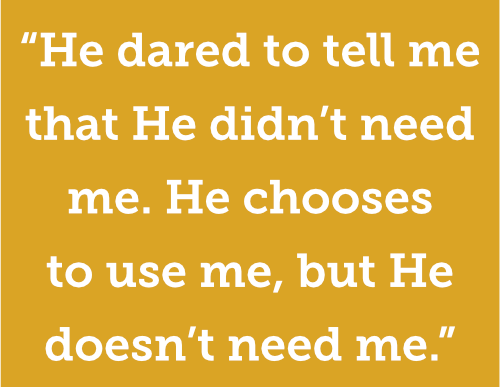 This self-awareness journey uncovered that God created each of His children with unique and complementing gifts. Therefore, she began to see how she was a part of a larger community that embraced teamwork, transformation, and sustainability. Once she understood herself more, it empowered her to live within her giftedness and help others get there too.

“We really need each other!” offers Fase. “I learned I was part of something bigger than myself. I didn’t have to do it alone. I realized that I could trust other people and do life together and just how much better it is that way.”

Setting aside her own agenda and shifting to a collaborative team mindset has freed Fase to experience what it feels like doing urban youth work (and life) for the long haul. She has fully embraced her role of coming alongside other leaders, making the right connections, and then getting out of the way!

“I’m created to be a bridge-builder and a developer of leaders and that is my biggest joy as well,” says Fase, who has more than two decades of experience in urban ministry.

There’s no better place to see that joy in action than the Grand Rapids Initiative for Leaders (GRIL). In 2004, along with some of her fellow DVULI alumni, Fase co-founded GRIL whose mission is to “strengthen leaders to transform communities.”

GRIL is a nine-month replication of the DVULI curriculum with the addition of diversity as a sixth core value. Fase and team have launched other leadership programs under GRIL for both teens and adults. The organization’s board is composed of 80 percent GRIL alumni, which affords everyone involved with a team of like-minded leaders and a fortified accountability system. GRIL partners with the Christian Community Development Association and Grand Rapids-based organizations such as the Expanded Learning Opportunities Network, Ingenium (Character Building), and Partners for a Racism-Free Community. 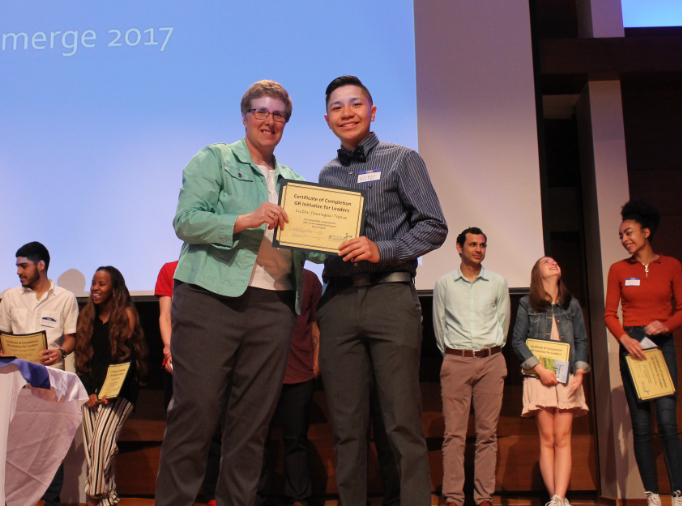 In 2015, Fase was contacted by DVULI alumni in Seattle/Tacoma looking to access support for offering training and collaboration opportunities in their cities. GRIL has become a model and a source of direction that has helped steer and erect leadership initiatives in Washington, Chicago, and Indianapolis. Fase says, “The leadership in these organizations share a deep trust and a shared vision which is integral to the [collaboration] process.”

“The hope is to help those alumni develop an organization within their city for a larger-scale impact,” says Fase. “We teach them everything we’ve learned. We provide the structure and curriculum and are their fiduciary. We coach their city coordinator, train their workshop facilitators, offer options to lead a teen version like our GRIL U program, and help create a shared vision if needed.”

As the director of GRIL, Fase believes that when there is “alignment with a larger city, change, shared vision, and focus, [the GRIL model] can be implemented anywhere.”

The secret sauce that paves the way for this successful replication, Fase shared, is that “the model inspires trust and ownership, focusing more on heart transformation than specific skill development.” She continues, “Being with others who get it and see the same thing is key.”

Fase has spent significant time in deep prayer for how to embrace and initiate the necessary changes and leadership transition GRIL will one day face. She is currently working on a two-year exit strategy from her role as executive director. As this chapter nears completion, Fase will be able to invest more time assisting DVULI alumni in launching GRIL-like programs in other cities.

“As a white female, I should not be leading a nonprofit in Grand Rapids, let alone a nonprofit with the mission and vision of what we’re doing,” Fase insists.

When asked what advice she would give to herself 20 years ago, the veteran youth worker replied, “Know your mission and stay true to it. Operate in wisdom and boldness, meaning, ask for God’s wisdom but then be able to do what He asks you to do. He dared to tell me that He didn’t need me. He chooses to use me, but He doesn’t need me.” Fase concluded, “Focus on relationships. Those are the things that, if I look back, are important in doing life and especially important in youth ministry.”