Four years ago, when Phoebe Cruz (Phoenix 2017) submitted her DVULI breakthrough plan, one of her personal action steps was to invest more time reading. At the top of her list of titles was Goliath Must Fall by Louie Giglio.

In this book, Giglio encourages believers to put aside what they may think about the classic David and Goliath story and dwell instead on the size of our God—not the height of our giants. The writer goes on to explain that once there is an understanding of the source of our giants, we can be assured that because of the power of Jesus, our affliction can, will, and must fall.

When reading this book, Phoebe had no idea God was preparing her for encounters with some unexpected giants in ministry. A giant entered her path in 2020 when half of her youth ministry leaders left the church over political differences that were dividing the nation. This was the ministry team she trained and empowered for more than 17 years. The special bonds that were built with youth, families, and ministry team leaders all dismantled right before her eyes.

“It felt like a bomb was going to explode, and there was nothing I could do about it,” describes Phoebe. “My heart broke into a million pieces, I was devastated, and I just wanted to quit.”

Phoebe recalls the many conversations, consultations, and research conducted in the hope of resolving differences of opinion and keeping the ministry team together. None of those efforts worked, and the team mutually agreed to part ways.

Resilient, Phoebe had witnessed God’s transforming power through her and the ministry she worked so hard to build. She was confident she’d see this same power once more. 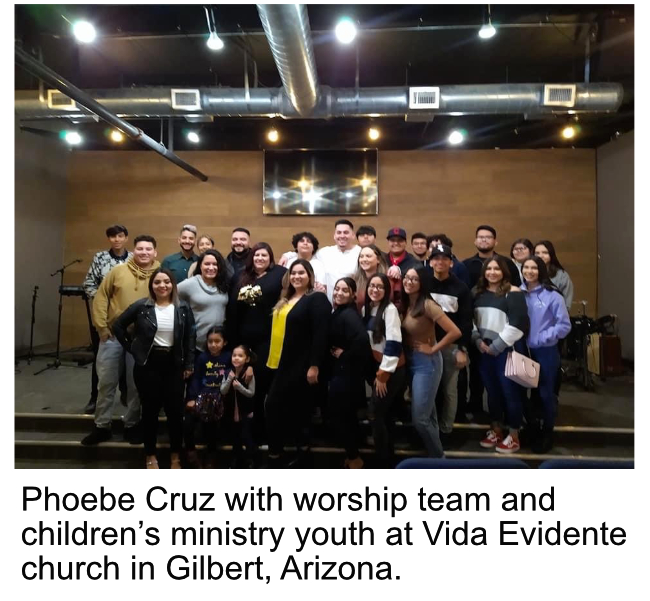 “God picked me up and started to mold me all over again to continue running the race,” contends Phoebe, who immediately began creating new bonds with the leaders who stayed as she refocused and rebuilt her team. “But I first had to release the past and allow God to mend the brokenness.”

Two of the five DVULI core values—empowerment and leverage—were not properly aligning where Phoebe once applied them in ministry. With lessons learned, she’s now taking a more intentional approach to setting boundaries and allowing team members to do greater things with her in the background.

“It’s hard to believe I was drowning a year ago,” expresses Phoebe, whose ministry is thriving. “Now, I can see so much maturity, character, and fruit. I know it’s because of the incredible DVULI training that I was able to pass through that horrendous storm of testing my faith and my ability as a leader.”

Further reflecting, Phoebe says, “The friendships I made in my DVULI cohort saved my life and helped me to keep going. We love and support one another and lend our hands to help each other whenever we can. We continue to maintain relationships, and it couldn’t be better.”

Goliath Must Fall points out that all of us have giants in our lives that creep in and take over—giants like rejection, anxiety, fear, and anger. These adversaries establish a foothold, and before we know it, we tolerate something that diminishes the glory of God in our lives and holds us back from the freedom Jesus intends for us.

By investing time in reading more, Phoebe was equipped to face her giant and overcome it. “Praise God that He’s not done with me in this process,” celebrates Phoebe. “I truly trust Him to lead me to new levels.”